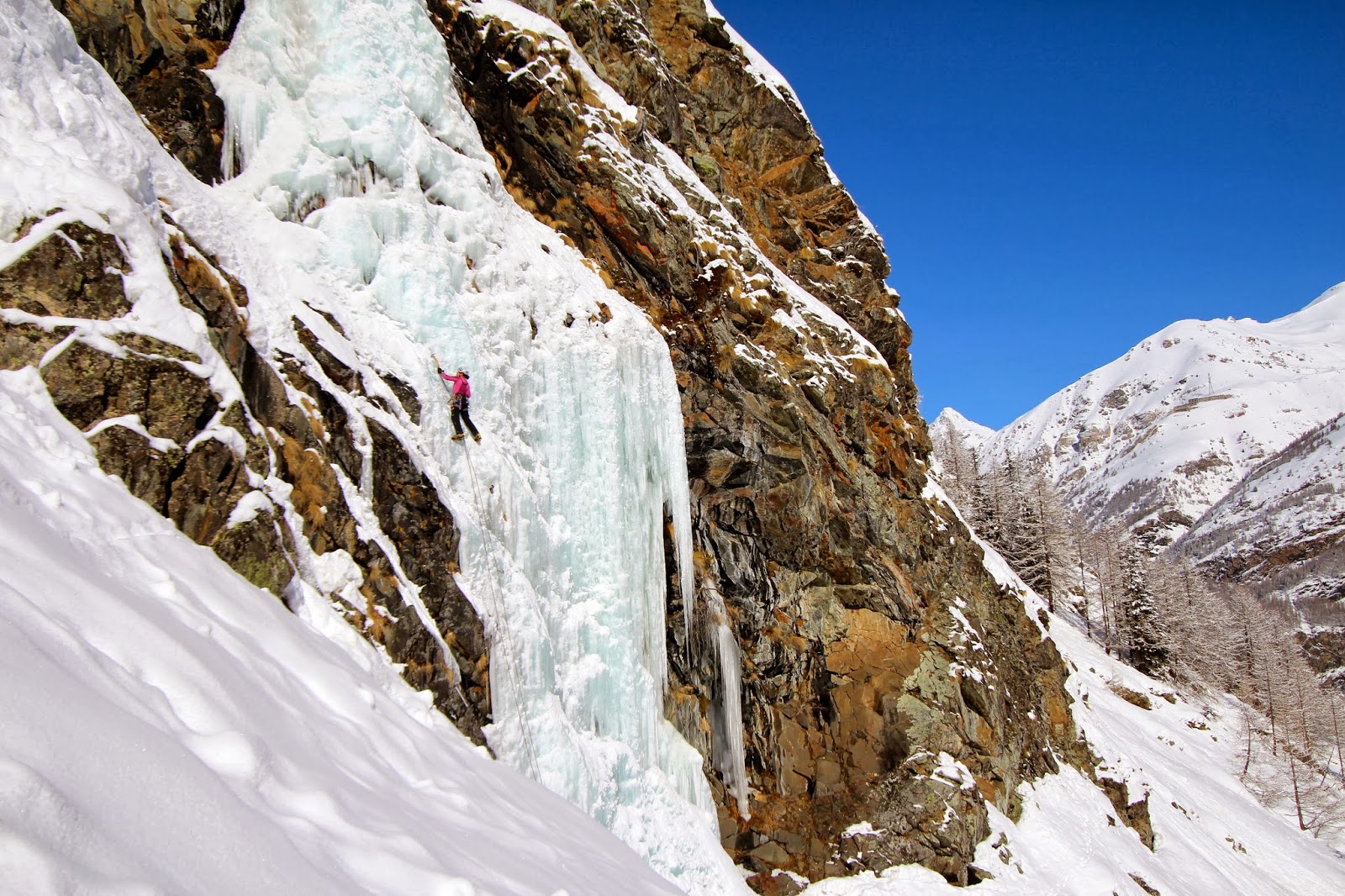 Our third day in Cogne promised blue skies and warm conditions, again : )
Taking the path over the bridge and along the west side of the river Torrent, we walked to the first project - 'Candelabro del Coyote'. Without breaking step, Keri led the first pitch. 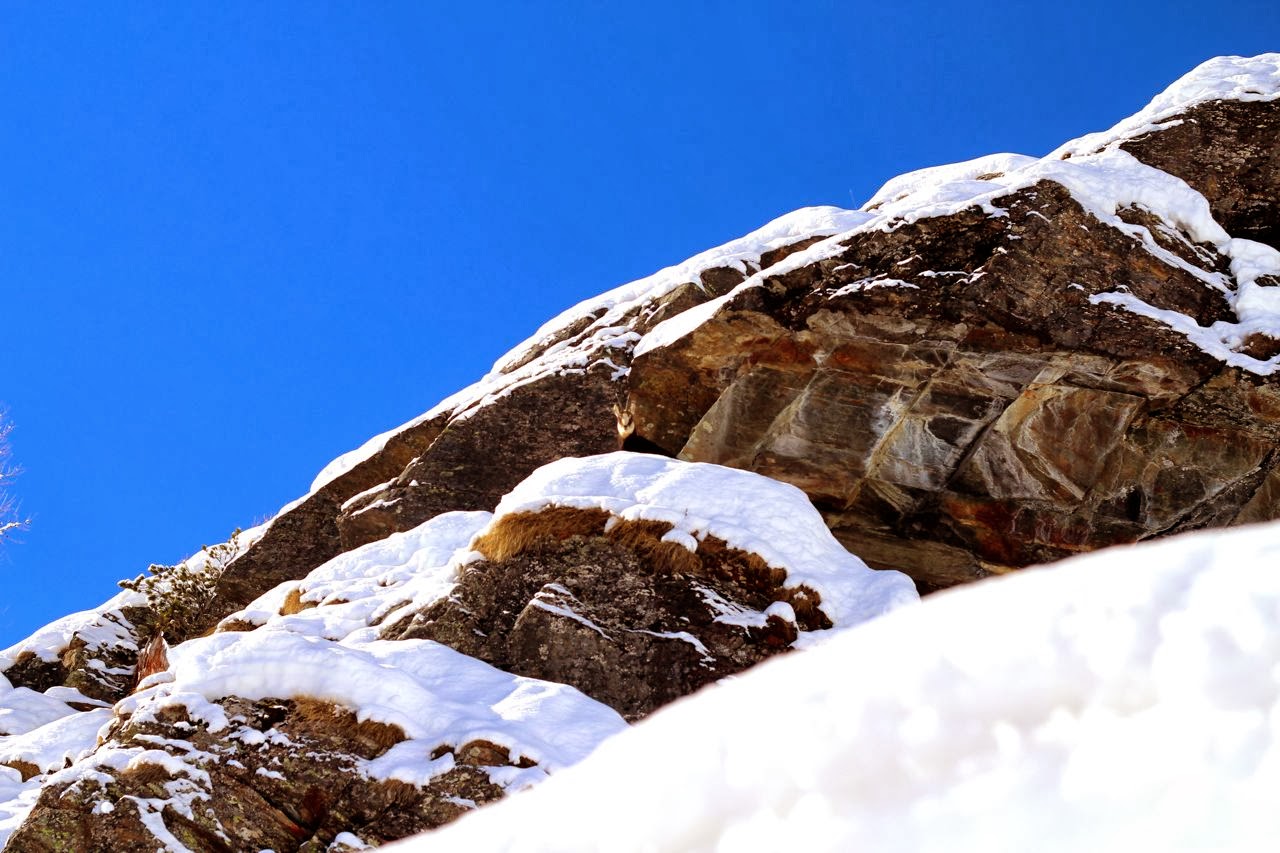 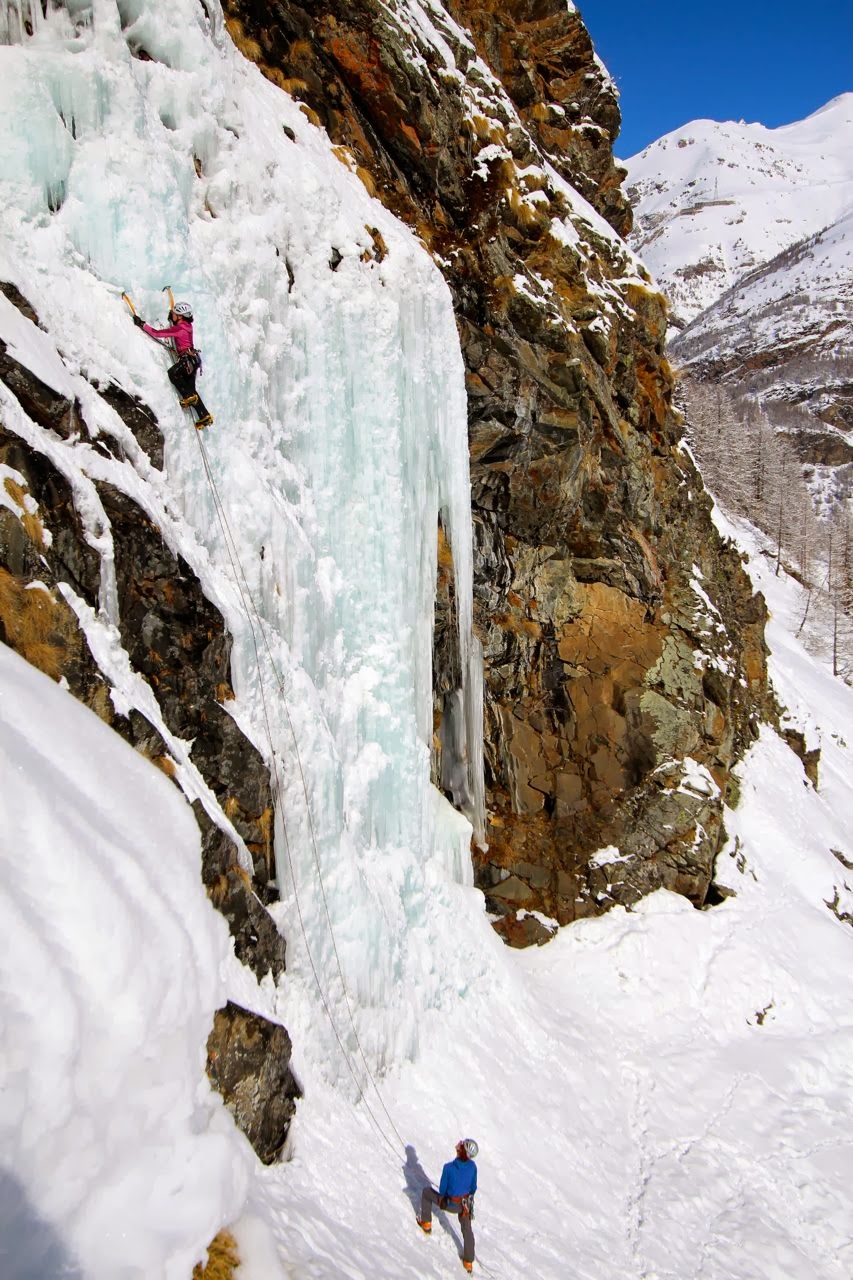 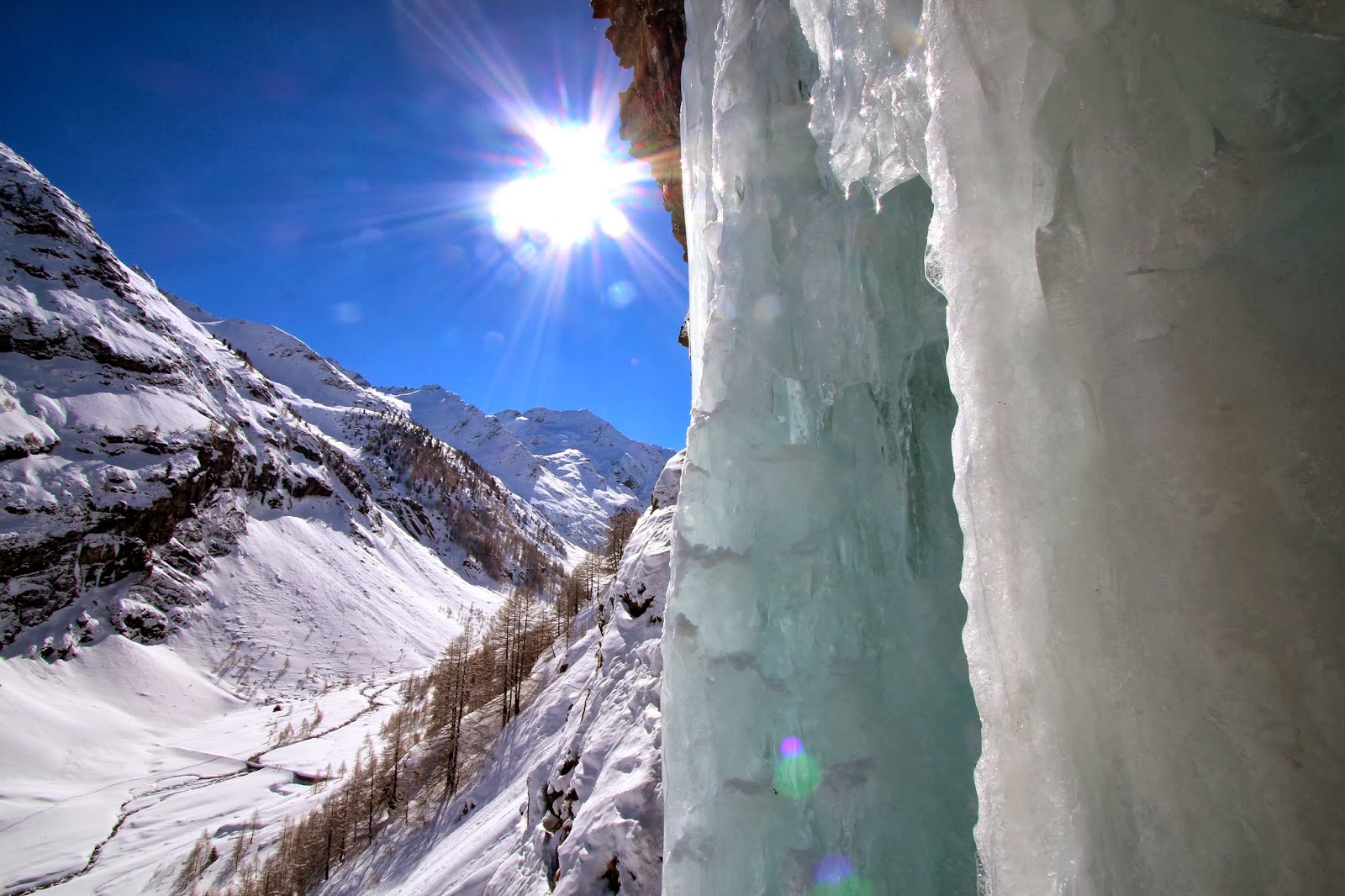 Spectacular views from the start of the route (at 1770m), and again from the first anchor bolts. 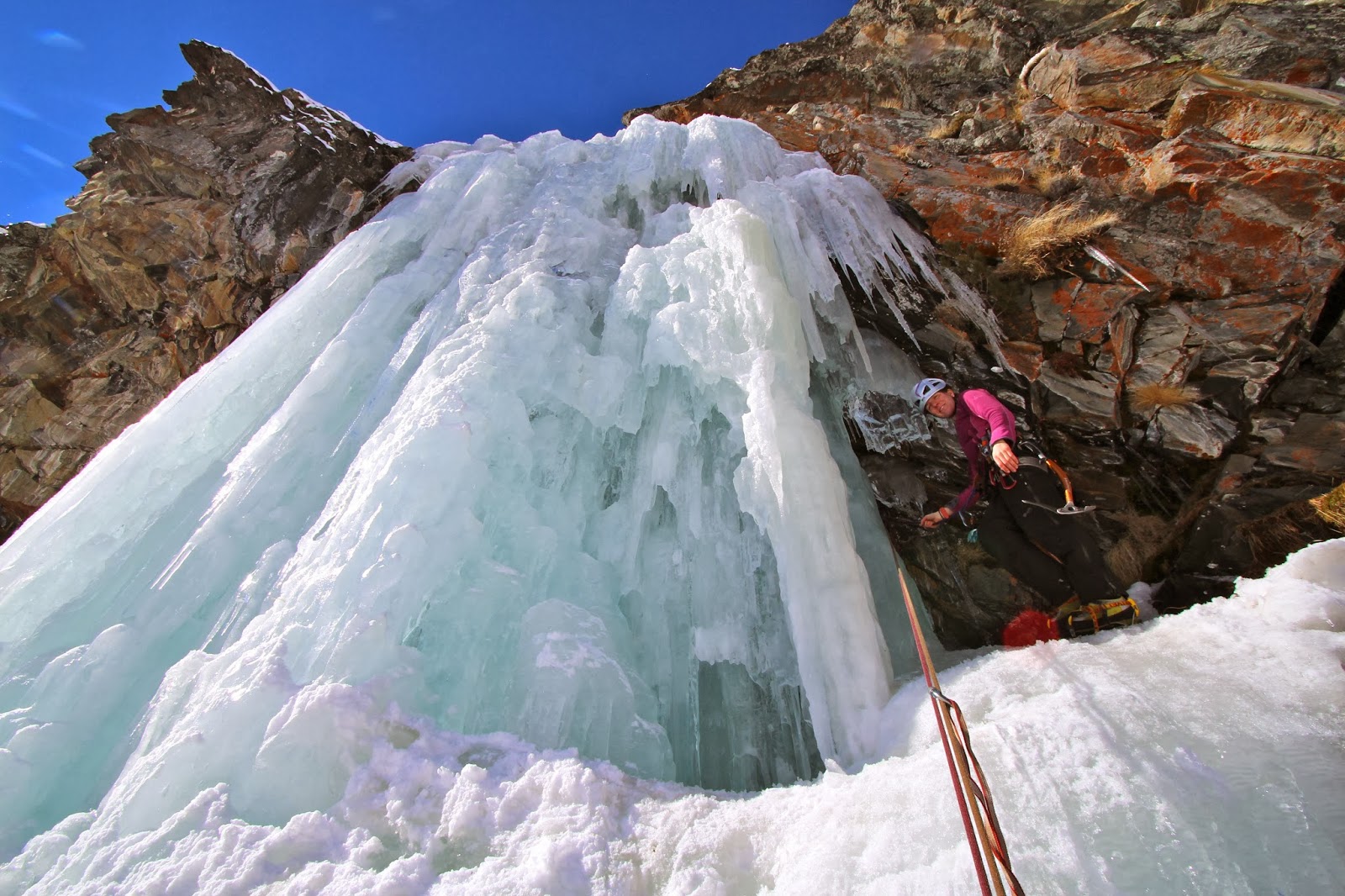 A bite to eat, and onto the last climb of the trip, 'Tuborg'. 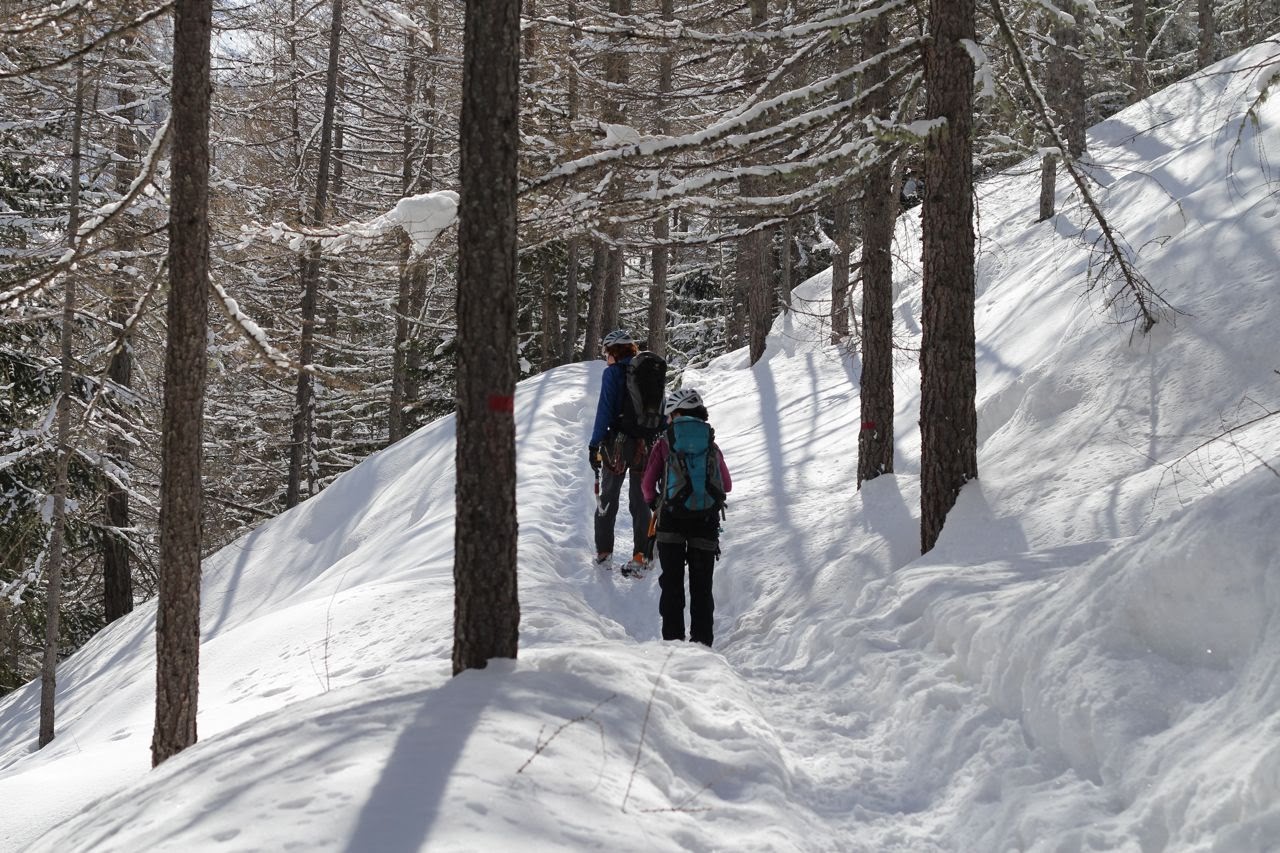 The well marked paths and signposted routes meant that finding the corresponding climb to the guide was more time efficient, and aided the relaxed pace on each day. 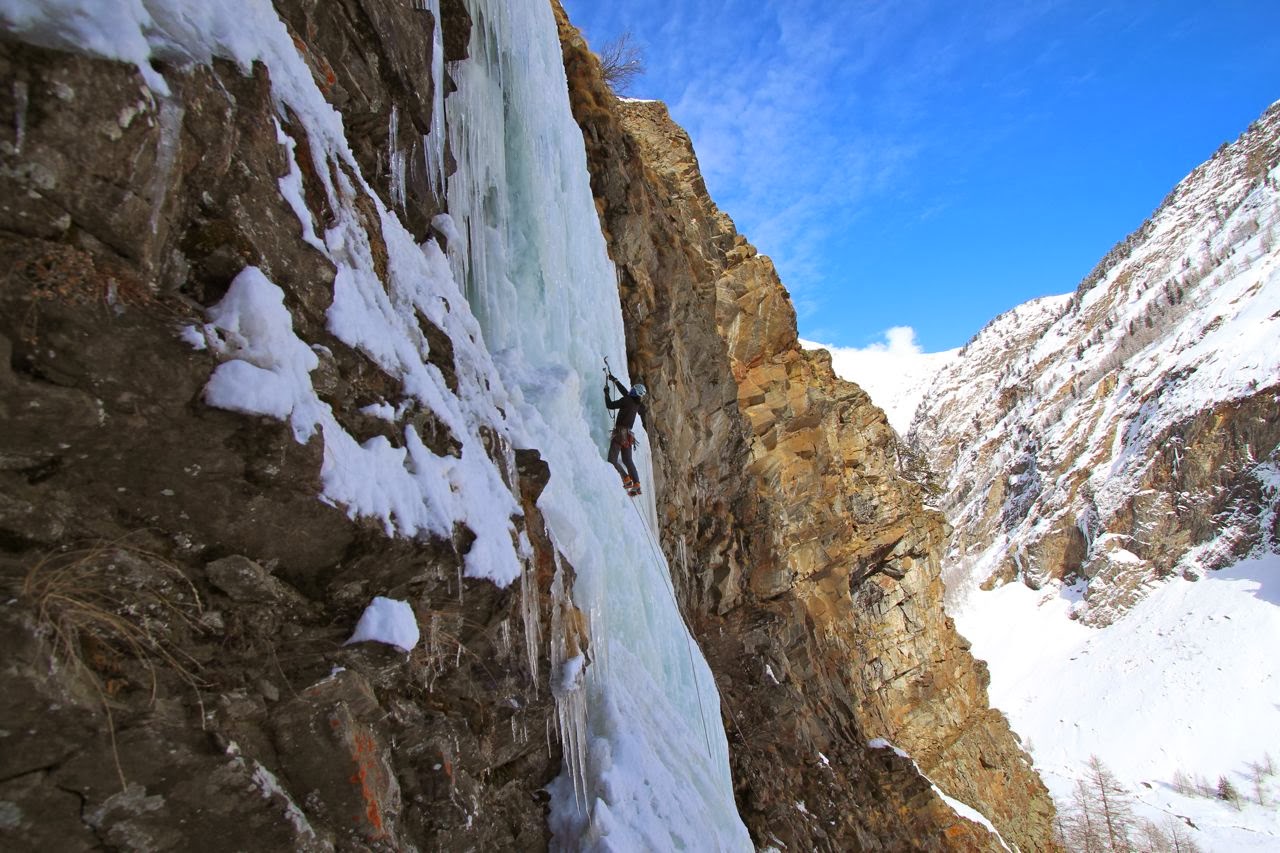 It was great watching Steve and Keri on Tuborg, (which looked pretty steep) with a backdrop of other teams of climbers conquering hard routes on the side of valley...

...according to Steve the ice on Tuborg was like putty, just perfect, axes locking in well. I took a few more photo's... 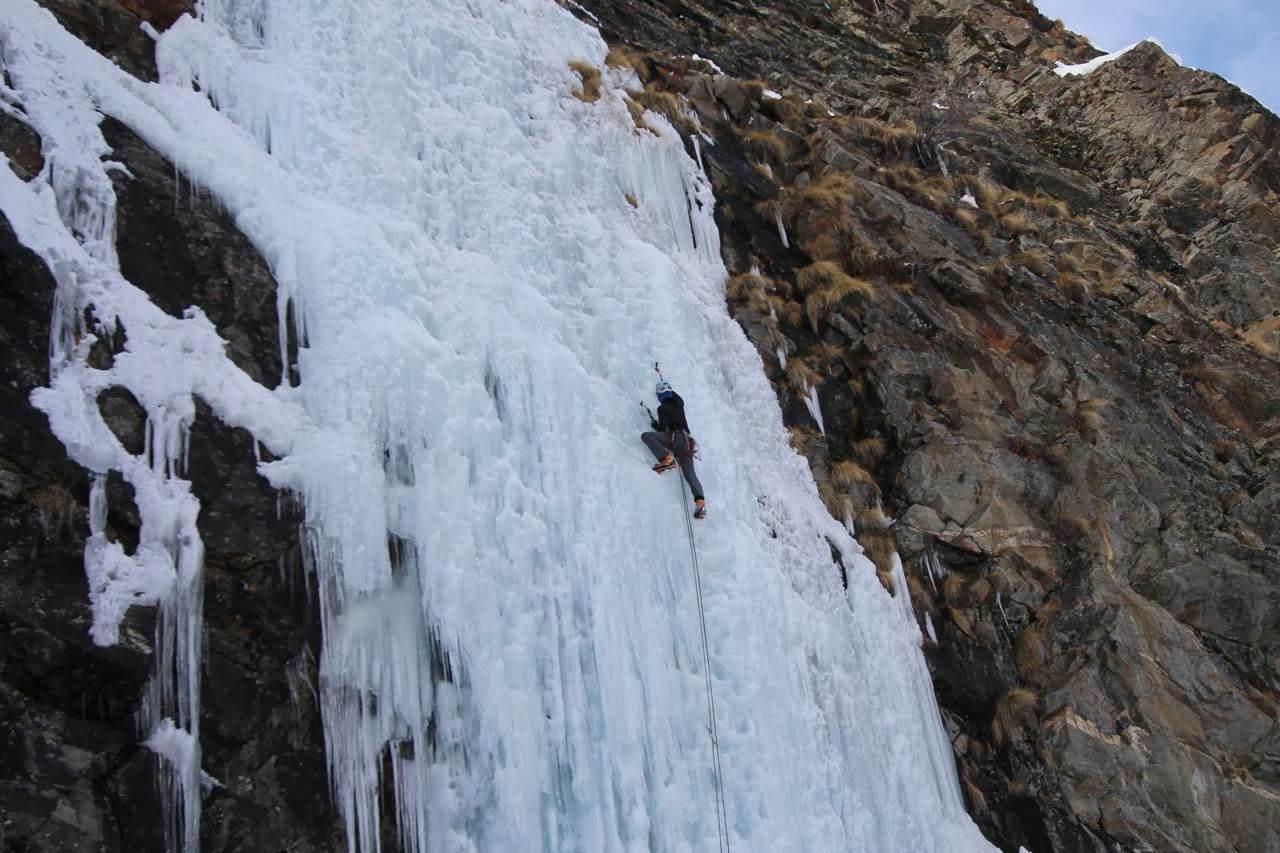 We walked back out as the clouds began to form again, and temperature continued to drop.
Snowfall on drive back towards Chamonix didn't deter us from stopping off in Courmayeur to catch with Andy (at a tapas bar in town) then rounding off with ice cream on the way back to the car.

A highly successful adventure, here's to many more : )
K