Domain of the Ibex 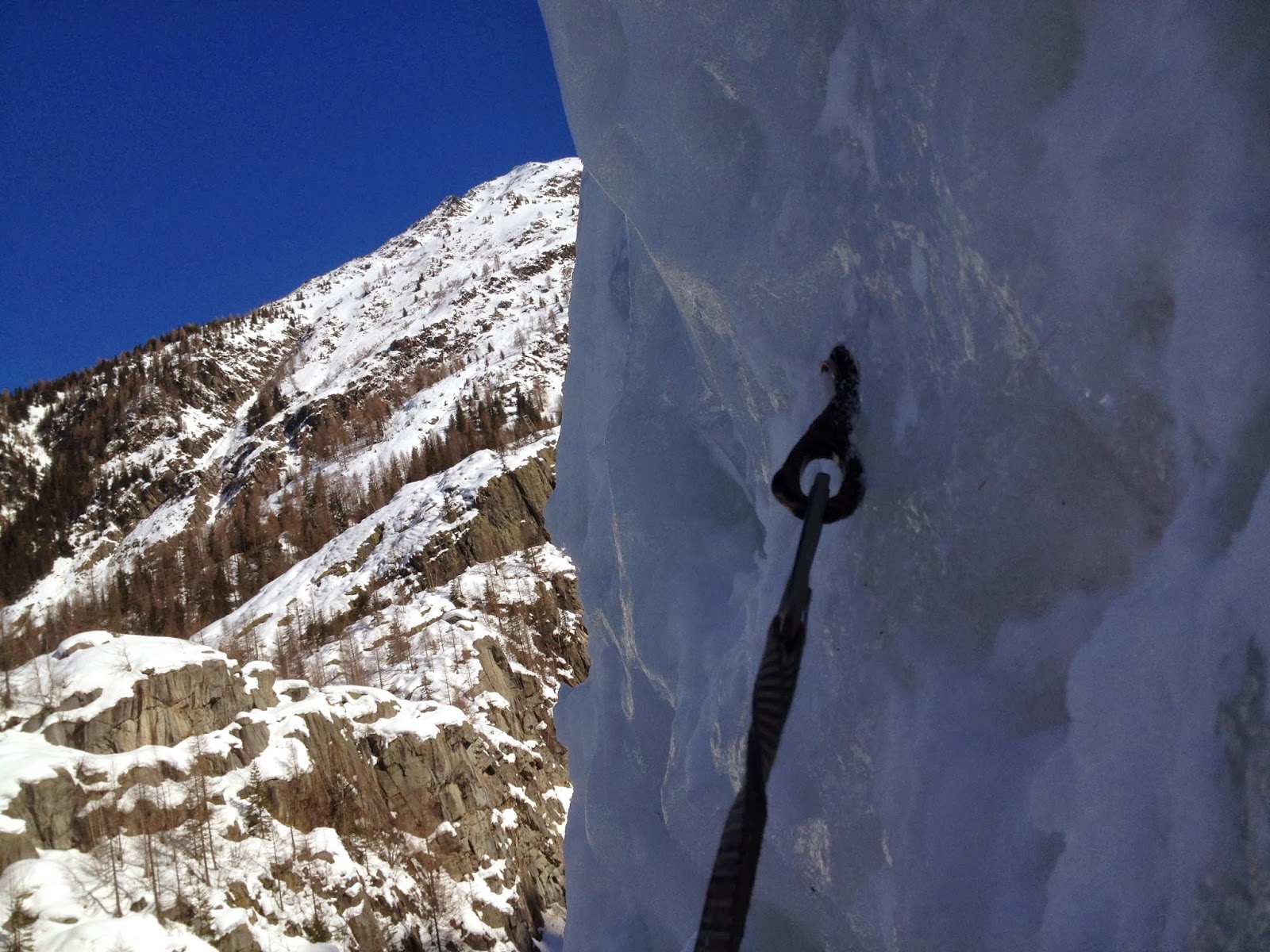 I headed over to Chamonix on Saturday,  with the aim of getting some more days winter climbing with Keri & Steve ... and conditions were prime!

(direct flight Isle of Man to Geneva with Flybe),

Had a fun day's skiing on the Sunday with Keri, at Le Tour - Mont Blanc, and Steve joined me mid-afternoon as Keri zipped off to work. Into town later to celebrate a 25th Birthday, sample the local cuisine and meet a few folk : )

With the skiing (and Apres Ski) completed, I made an early start with Steve next morning up into 'La Cremerie' Ice Falls (below the Argentiere Glacier).
The ice was well formed. (top pic taken en-route) 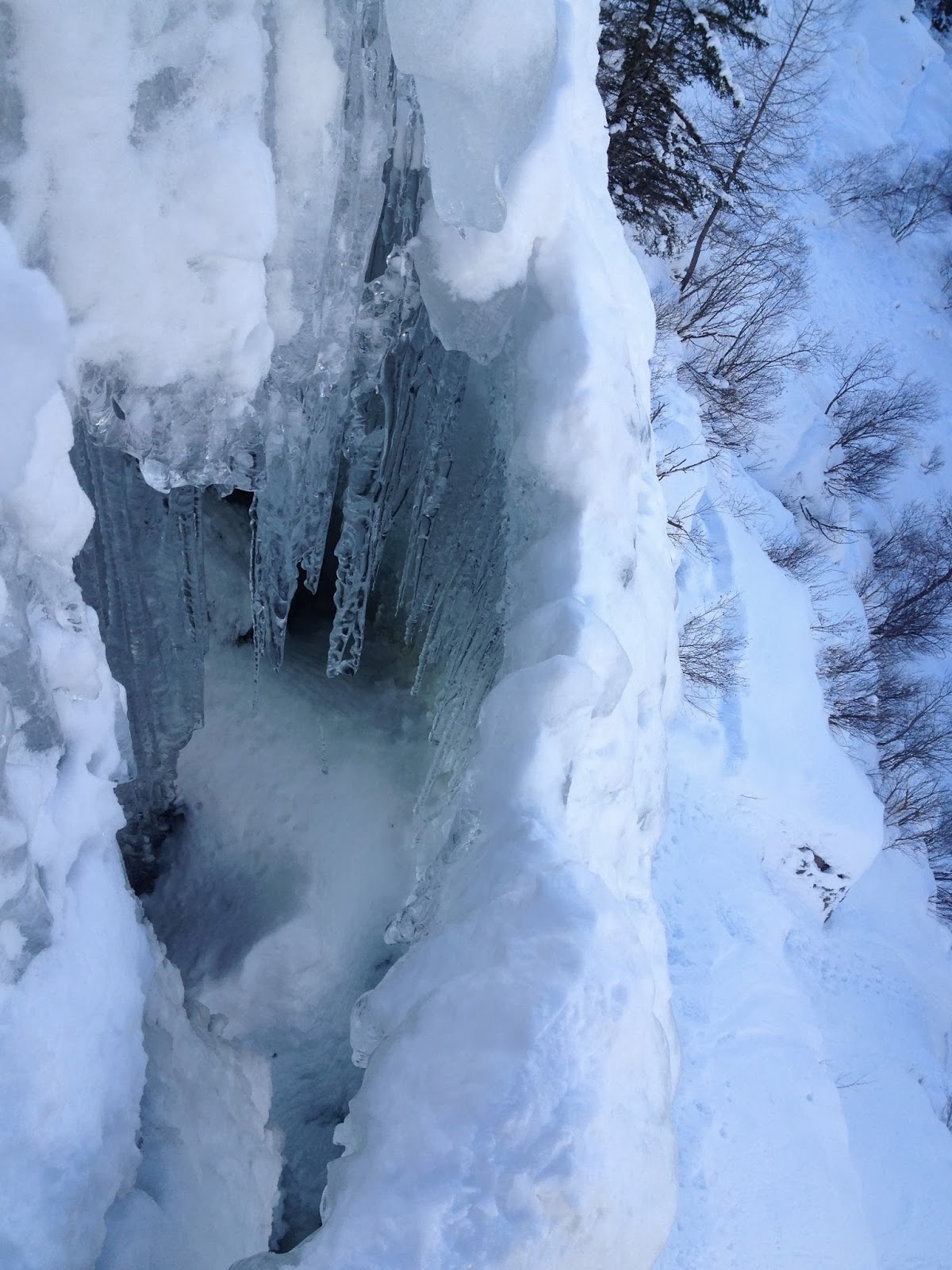 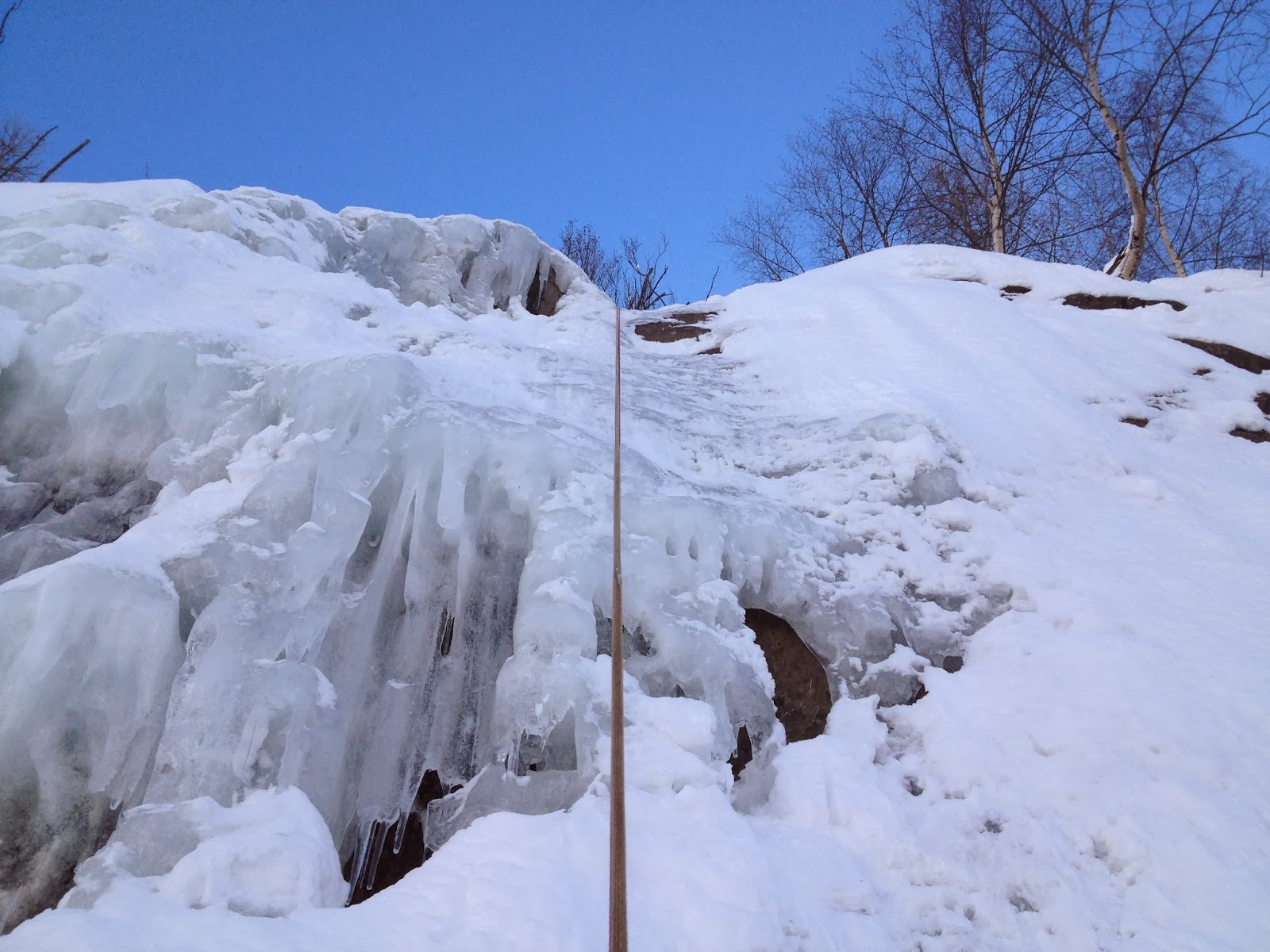 Got warmed up by following Steve up 'La Cremerie' route, then moved across to 'Moby Dick'. Met a solo climber who was climbing much more efficiently without ropes...

I led the first pitch, and Steve the 2nd (which gave me opportunity to peer down the glistening hollow depths between our ice wall and the cliff) and mighty relieved I was to be seconding : ) 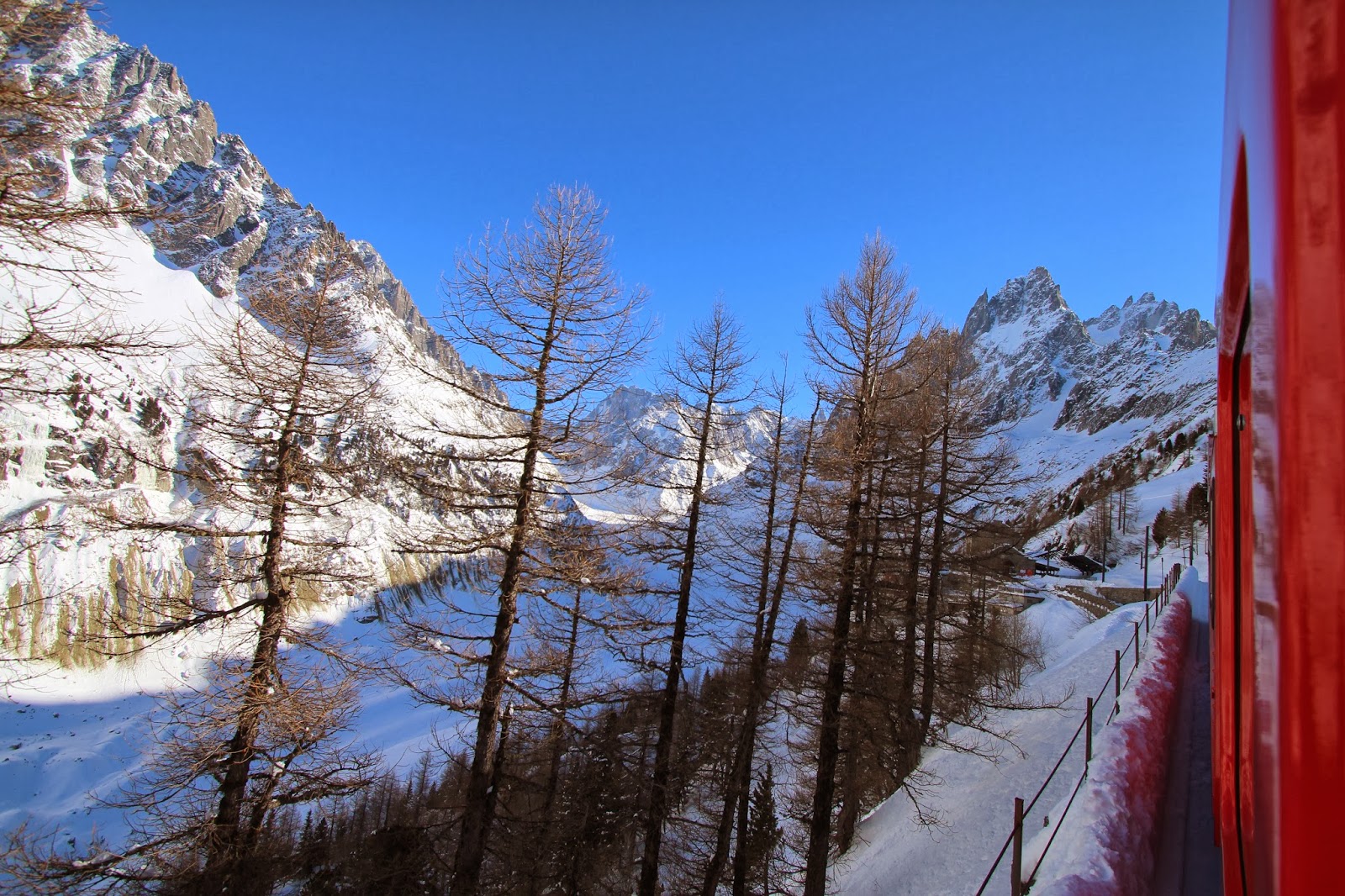 Trotting back down mid-afternoon, Steve suggested I experience the 'Le Train Du Montenvers' - Mer De Glace. The relaxed tourist way to ascend Mont Blanc to above the 'sea of ice', with opportunity to take a few pics, check out the ski routes and partake in some mulled wine... 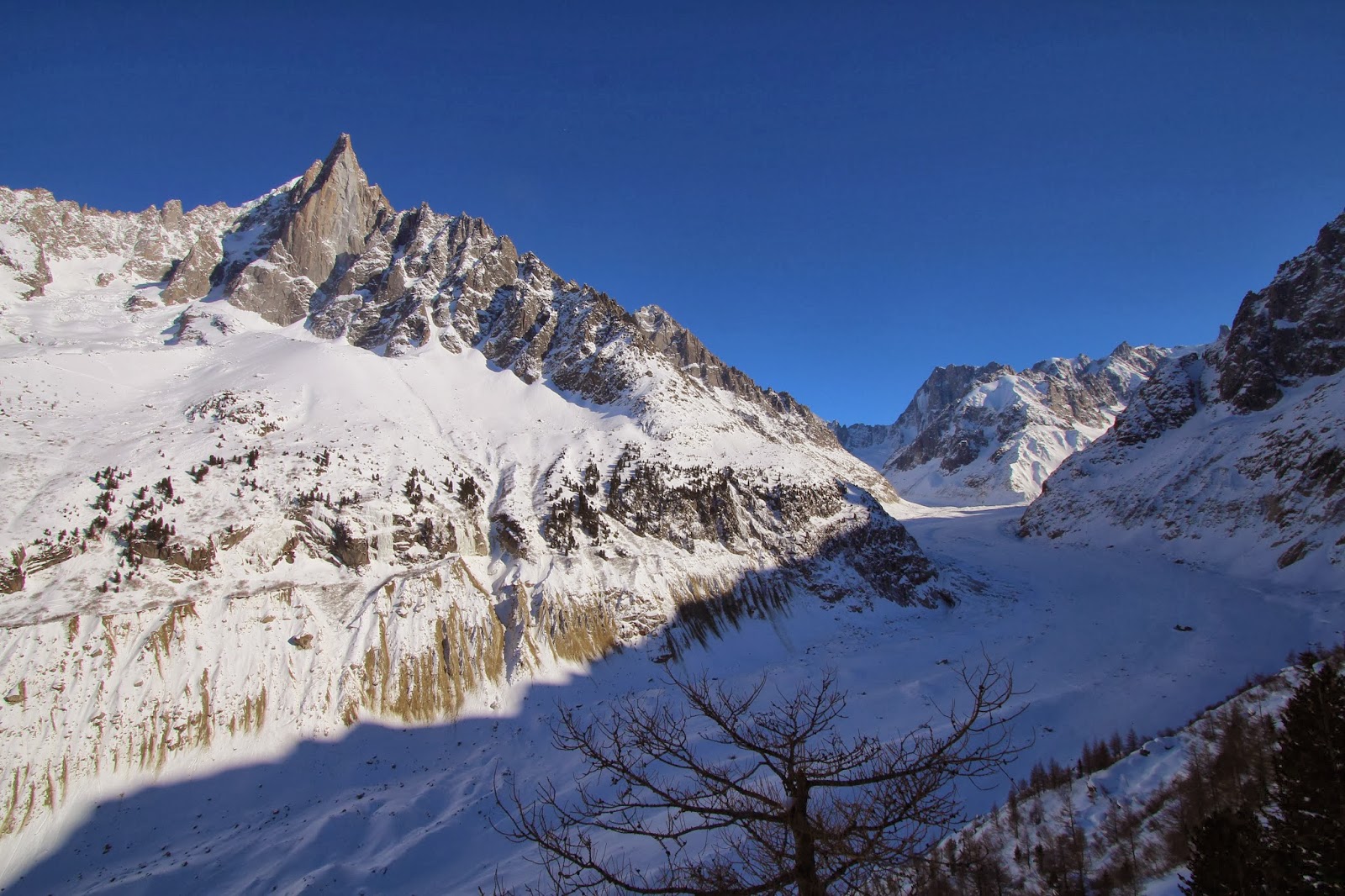 A spectacular backdrop, and the seeds of future adventures have been sown : ) 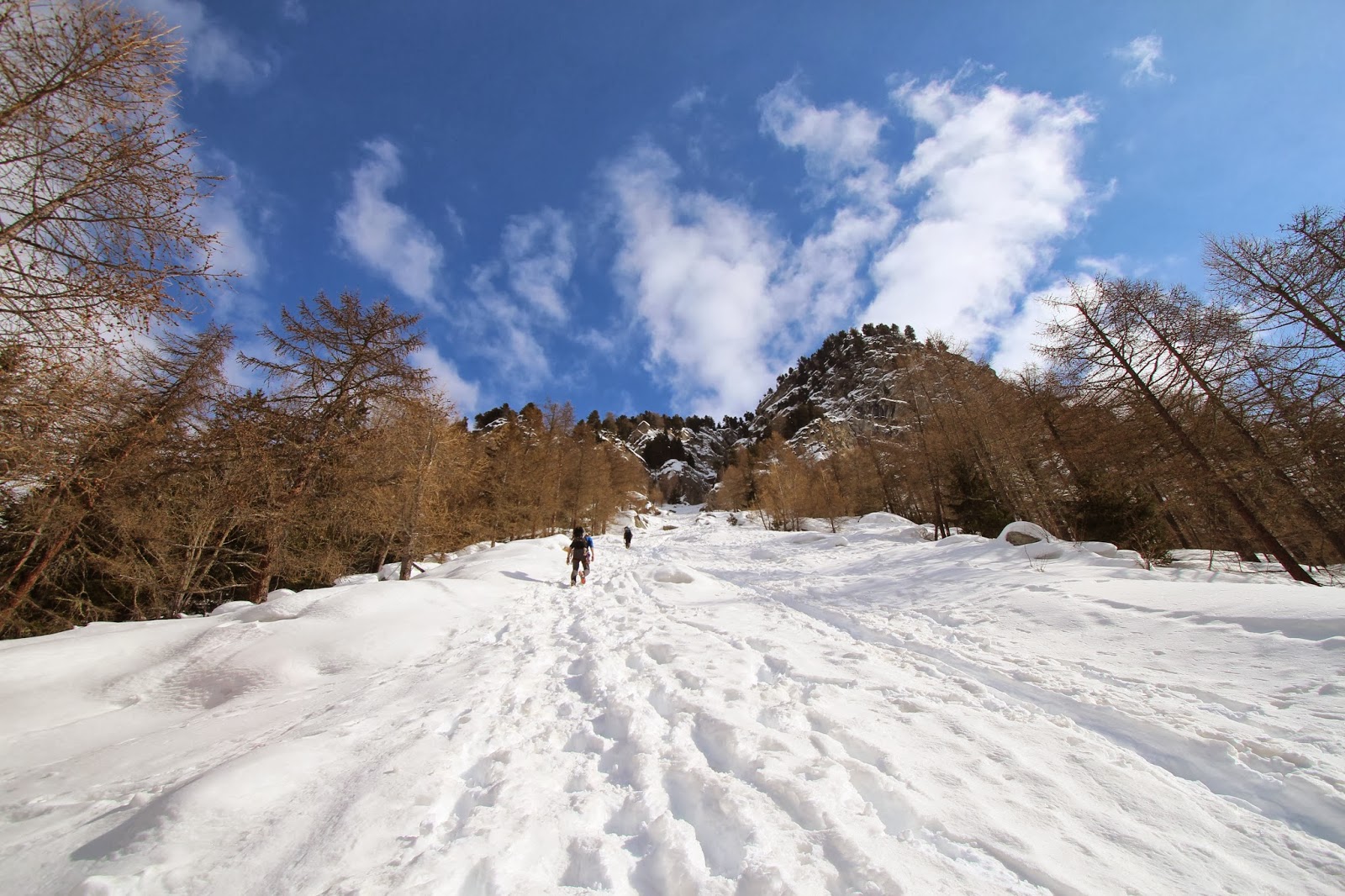 After a bit of discussion, (and the lure of some fabulous ice cream), our climbing team left the bustle of Chamonix behind, driving through the tunnels, past Courmayeur and up to the mountain village (and ice climbing mecca) of Cogne, (located in 'Parco Nazionale del Gran Paradiso').

One of terrific bonus's to climbers who are used to British route finding, is that the climbs (and cross-country ski trails) are well signposted. In such vast terrain however, perception (as well people) can be challenged, and the short easy 'walk in' may be longer and invigorating... 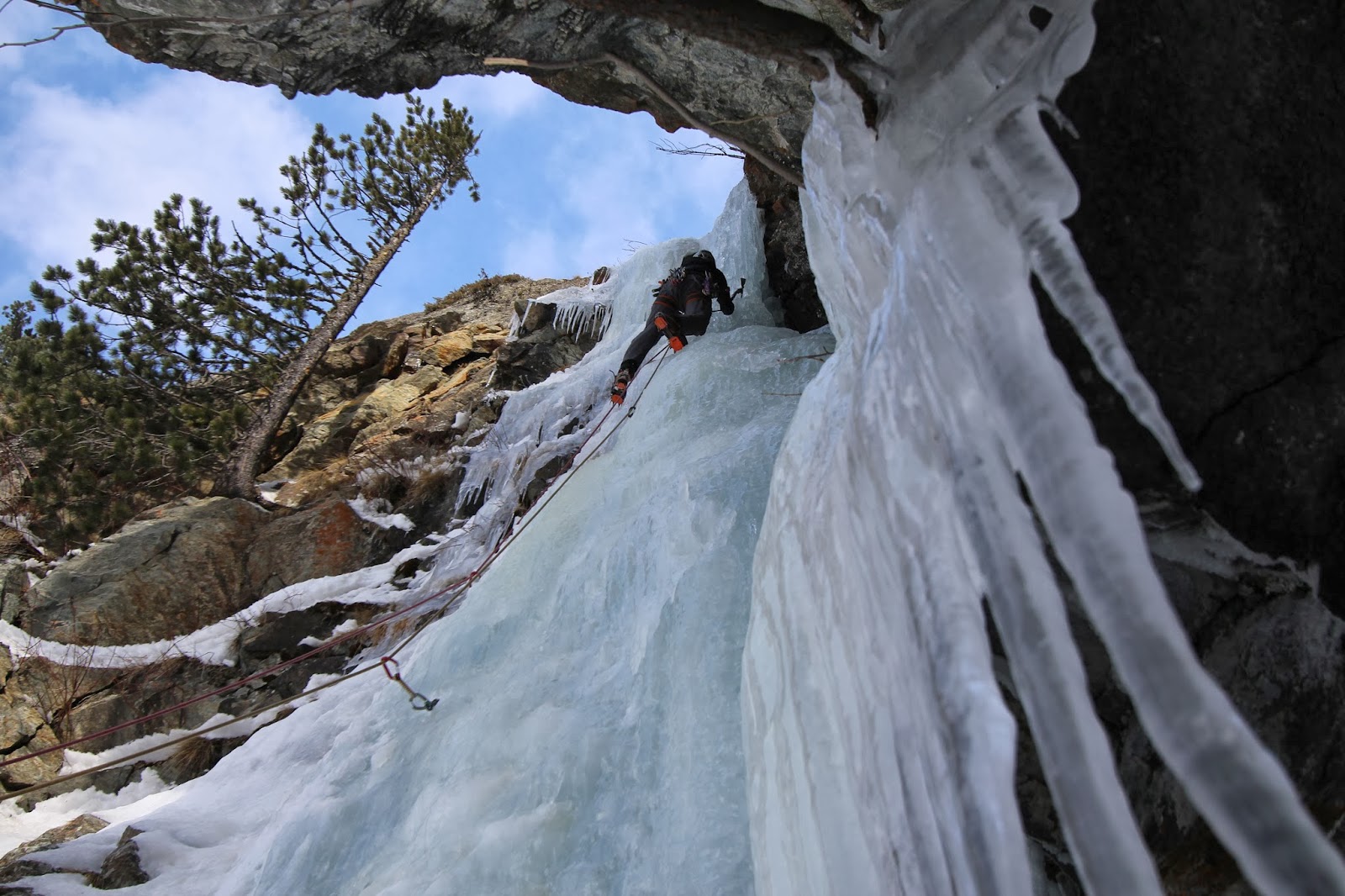 ...but worth every bit of it! Tuesday, our first day in Cogne opened my eyes to real ice climbing, and the difference between it and the mixed routes i've done previously. 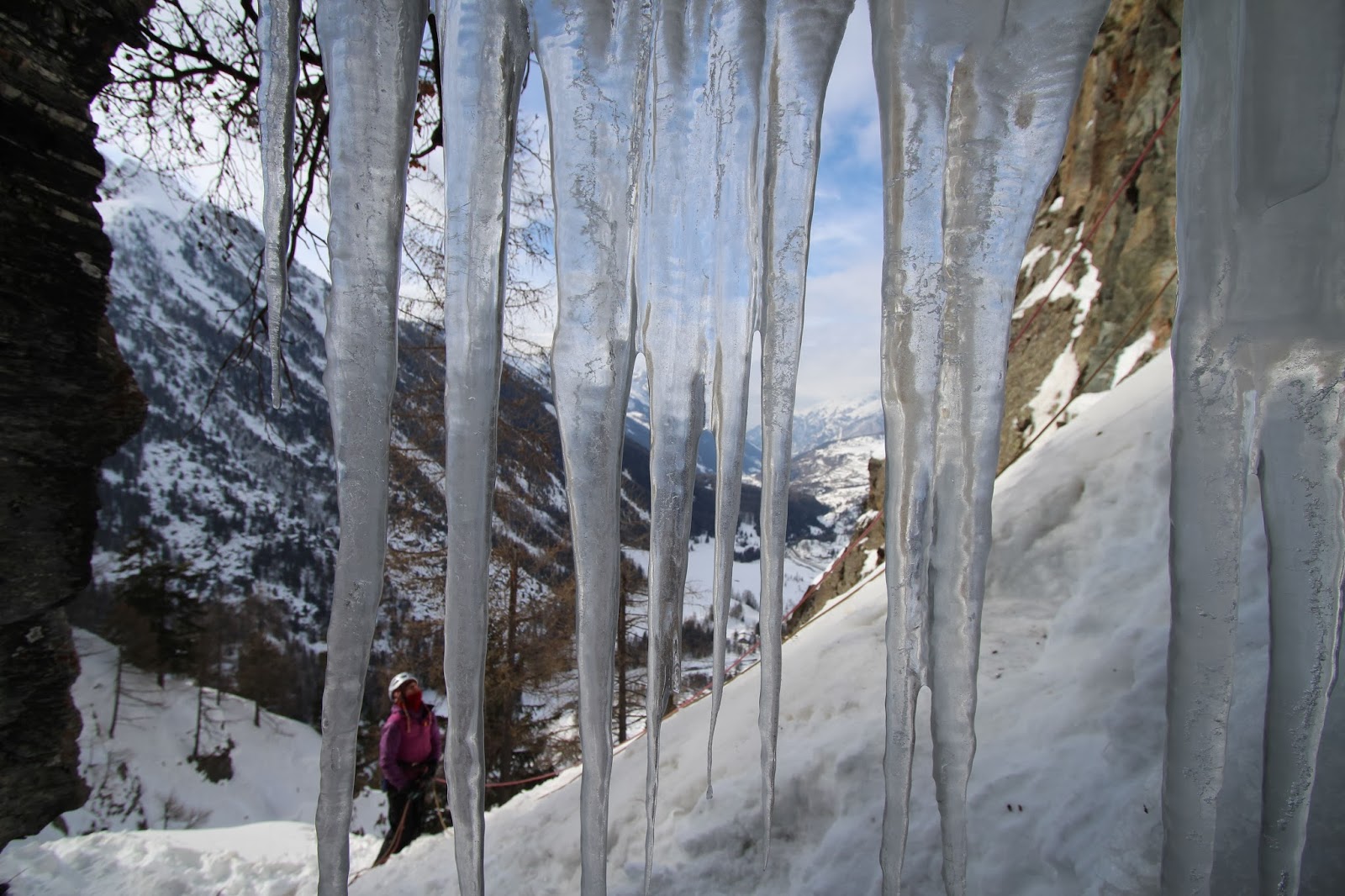 A mind-blowing location to visit, and life-changing venue to climb in. 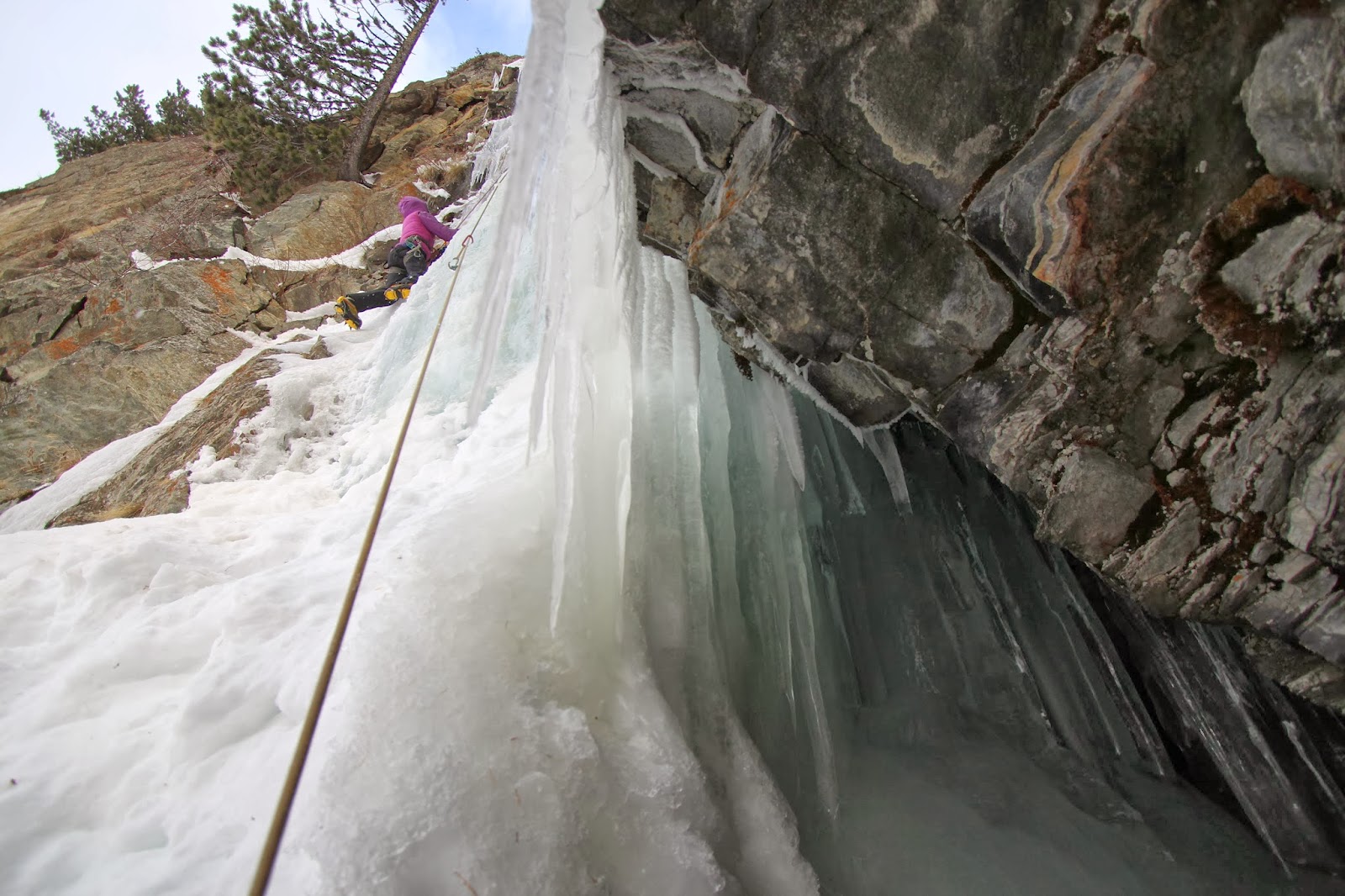 Having done my best to capture the place, it was my turn to experience the delights of absent footholds that the crux of a hard steep ice route can provide, and the mental battle to ascend as the Ibex above kicked a constant downpour of ice, snow and occasional loose chippings on my head...

On reaching the belay point, a little worse for wear, I was informed (by a laughing Keri & Steve) that the female and kid observing us from just across the gully had also added droppings to the mix!

On arrival earlier, a team was already gearing up for 'Lillaz Gully' our intended route, so Shandell Ibex it was. The followed day (Wednesday) we would return : )