'Above average temperatures' was the forecast and some breezy SW west winds. Our beginners mentioned they were getting too hot... And could we practice some capsizes! 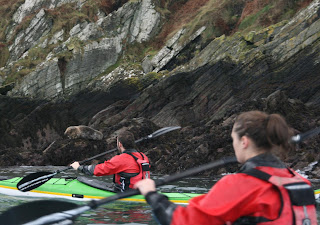 Gliding past slumbering seals on the rocks, Curlews and Oyster Catchers on the shoreline, and waterfalls gushing down into the sea, there were more than a few reasons why the students looked so contented. 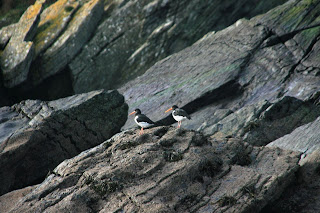 The first 'Introduction to Sea Kayaking' course for 2008 will begin next Sunday, and in response to demand we will be running a junior 'Intro' course also. 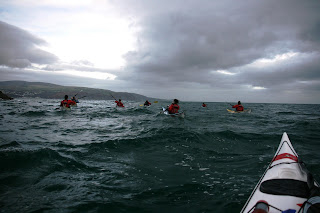 Intro-mediate and Intermediate Adventure Club sessions will continue as planned.

Posted by Keirron at 3:10 pm No comments:

Calf and Chickens in January...

It was with great delight that we watched the possibility of decent weather coming in for the weekend:)
Climbing was a joy on Saturday, introducung a couple of beginners to top roping, setting up anchors and a short bouldering session, as well as Dave leading his first trad ascent!
No pics i'm afraid, as hadn't enough hands... 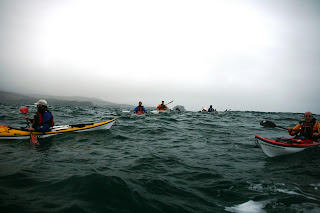 A few pics from Sunday, starting a little damp for the novice session, but soon turning mild and dry making the trip even more enjoyable. The Intermediates headed off to the Calf, 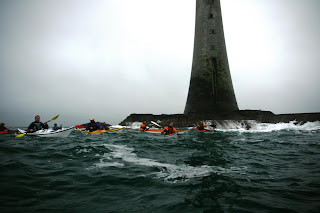 out to Chickens and then round to 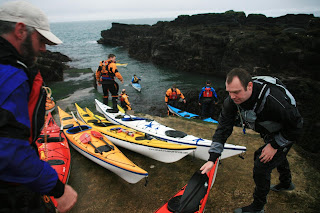 Cow Harbour for a break. The exceptionally large Seal colony were 'roosting' on the stone beach beneith us as we consumed delicious cakes and flasks of special concoctions. 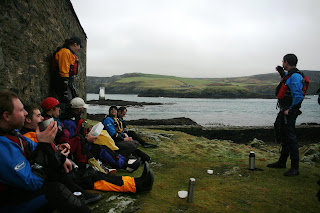 Then it was back to Port St Mary, followed by a young seal pup through Perwick Bay - almost to the harbour, swimming close behind the kayaks and trying successfully to nibble to toggle on Sam's Explorer... Eventually getting off the water as darkness fell. What a splendid day!!
Posted by Keirron at 8:06 pm No comments:

After the demanding conditions during the week, we looked forward to a dry, still day on Saturday, to take the rock climbing a little further, again at the Chasms. 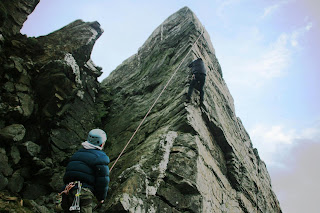 A slight chilly breeze anywhere exposed, made us head for 'Torque Test Wall' to warm up on friendly routes with the aid of a top rope (many thanks to Doug and the lads who were just finishing, for sound advice and saving us lots of time.) 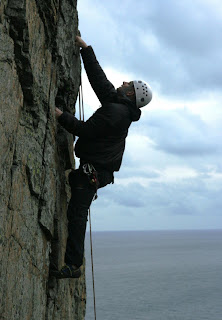 We chose the easier options, of 'Torque Test' and another route up the near arete, the drier conditions made these an absolute pleasure! Feeling comfortable, it was ideal to introduce some easy lead climbing and seconding, 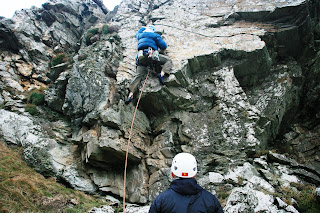 using 'Supersonic' and the first half of 'Tower Butress Crack'. 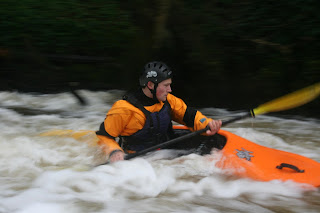 Sunday's conditions were as forecast, and the Southerly Gales made Peel seem the most appealing... but perhaps not appealing enough. 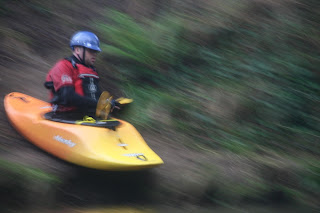 So we headed for the Neb, where we were guaranteed shelter from the winds 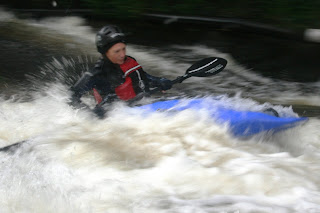 (relatively warm) and certain of some excitement for the Intermediate session! 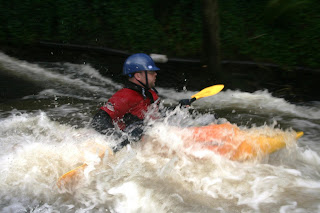 Posted by Keirron at 3:29 pm No comments: 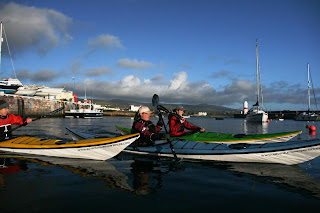 As the days now slowly get longer, demand for sessions in the outdoors is picking up again. 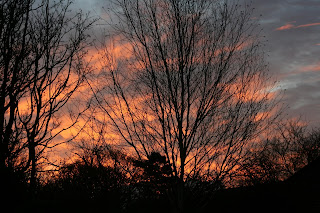 Given the generally windy conditions throughout the past week or two, we've been watching the met charts closely, and planning sessions to run in sheltered locations, 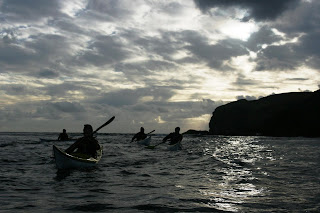 fitting in trips and 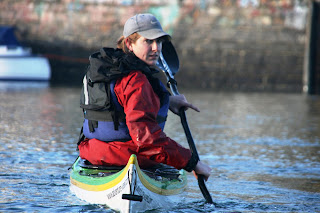 customised coaching in line with the New BCU awards and in preparation for the summer!
An open and flexible approach combined with a depth of local knowledge is needed to capitalise on days like yesterday, when an exceptional weather window looks possible...
Without a doubt this also requires the involvement of 'luck'. 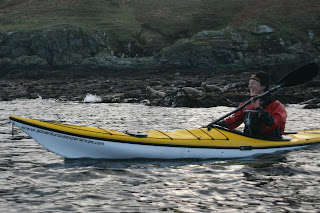 To quote from a chat given to us as students whilst at QEII High School, by Norman Wisdom discussing his career in acting and the amount of 'luck' people kept telling him he had received, which concluded in him telling us;
"the harder I worked, the luckier I became"
This has often repeated itself in my head, and we have adopted it as part of our philosophy in business as well as life in general, with very positive results. The flexibility to make use of 'windows of opportunity' and the ability to enthuse motivation is also key to this. Utilising these themes (and others) in our leadership and development programs, has given us a proven sucess record with our staff and our corporate and private clients.
Planning our Sunday sessions for the winds dropping, and leaving an exciting ground swell, provided a very sheltered 'classroom' to work on edge control with little forays into the larger conditions! The Intermediates headed further South in the afternoon, past the awesome sea cliffs and the view up at the debris from the rock fall at the Chasms, 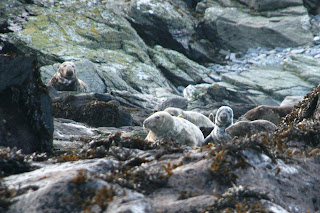 then out round Kitterland and past the larger seal colony with half grown pups in its midst, before returning to the slipway as the shaddows lenthened... 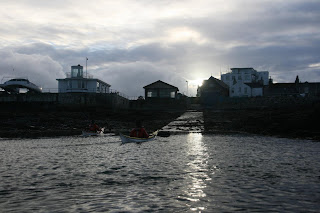 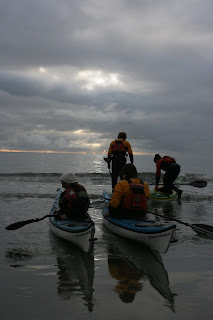 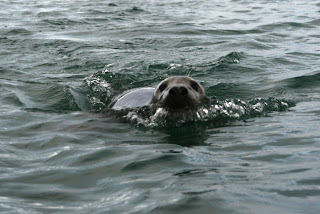 Plenty of young seals about, following and swimming under the kayaks, a joy to watch.


Landing for a break at Groudle (one of our favourite coasteering locations) we climbed up to the remnants of the old walkway for Christmas cake and coffee. The remains of walkways on this Coastline, are still in evidence in the popular bathing areas on the island's East coast. (Some 'walkable' sections can be noted at Port Soderick, but due to deterioration and attrition by the sea, its not safe to do so and public access is not permitted...). They date from the Victorian era, of summer's spent in British beach resorts, and the Island was reputedly the first to introduce 'bathing huts' to ensure 'decency' was maintained when changing, as well when in swimming attire, participants would not have to walk on the beach! 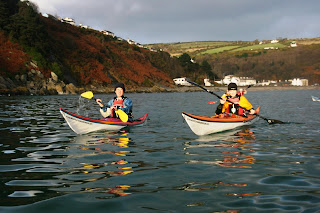 The Afternoon beginners trip was even calmer, and next weekend's forecast is to be warm again, looking forward to seeing you again!

Its the time of New Year's resolutions, and to learn to to sea kayak seems to on a few peoples list...

One of Laxey's best known landmarks, (and one of our Island's 'claim to fame') is its huge water wheel, named the Lady Isabella, was built to pump water from the mines. It still remains the world's largest working water wheel. Laxey, and the adjacent mines following the valley up towards Snaefell, has the deepest and most extensive mines on the island, employing 600 odd people in its heyday and producing lead, copper, silver and zinc. A section of the mines are open in the summer, and tours are often guided by my Great Uncle.

Yesterday we headed for the Chasms, a much used location for rock climbers, where a large rockfall (on a face of the East section, 'Gardeners Wall') had dropped the day before. A detachment of the local cliff rescue tem were analysing the situation, and declared no added risk to the surrounding crags. Good good, and as the rock was a little damp and just to be sure, we tied in a top rope and warmed up on Tower Buttress. The first pump came fairly quickly, (definitely not enough time on the rock recently) and this was theme throughout the session. 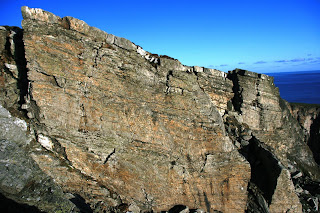 
Having exausted all lines of ascent, (HVS to E2) and therefore ourselves, we moved to Torque Test Wall, where a delightful HVS 'Torque Test' provided practice on lay backs and keeping moving... 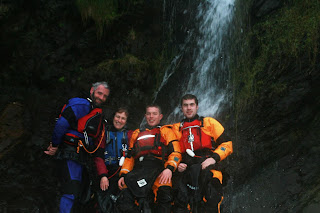 Lastly a pic from today's paddle and the alternative New Year's Day 'Dip'.
Posted by Keirron at 9:48 am No comments: