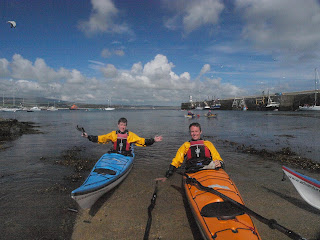 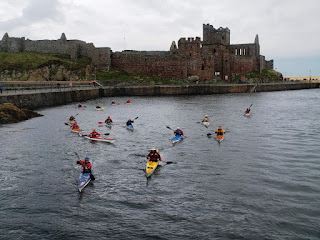 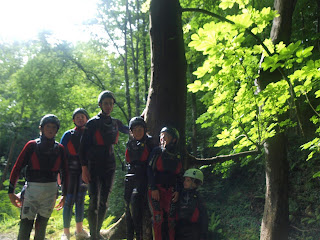 A few glimpses of the weekend, more to follow as they come in... 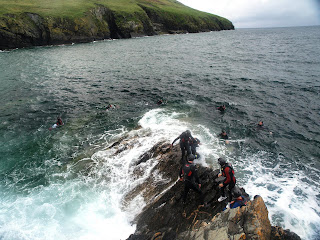 Coaching and Leadership award training and assessments during the week ran very successfully, with Fridays advanced staff training around the 'Drinking Dragon' 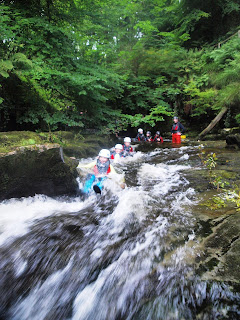 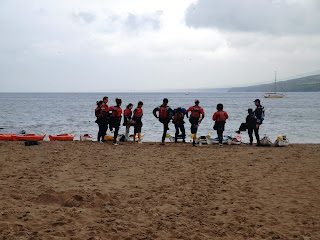 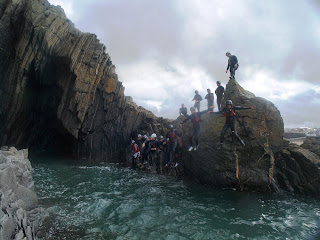 off the South tip of 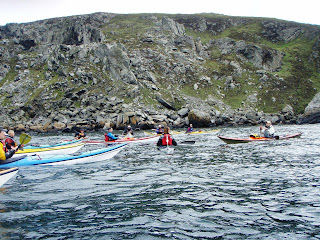 the Calf of Man... Spring tides and interesting sea conditions, 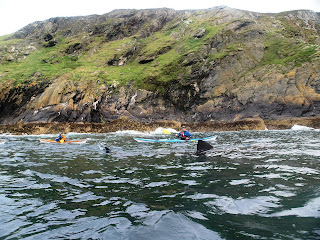 with all sorts of scenarios, and the odd Basking Shark swimming through the group! 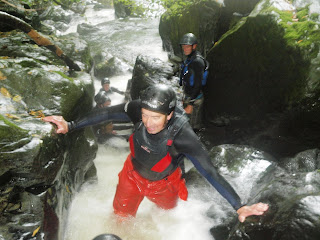 Gorge Scrambling was a popular choice, as always 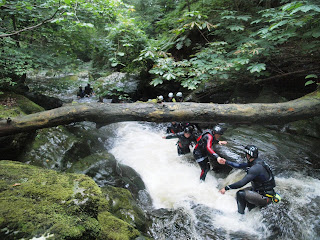 and given its suiting to the present weather conditions, i'm sure its popularity will continue! 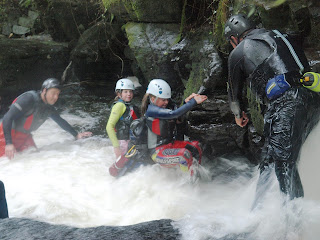 The Festival Weekend (also the 6th annual Sea Kayak Symposium) was well attended from the UK and overseas, with great characters from all over the world visiting the Isle of Man to enjoy the social, share experiences and impart their knowledge.
A late arrival of Gordin Warner in the early hours, added to bussle of activity at Ballabrooie, Adventurous Experiences base.

Gordin had a recent battle with cancer, and coming out victorious decided to travel from his home in Canada and paddle round the Isle of Man to raise money for cancer research. Gordon said he was inspired by Jeff and Keirron's Vancouver Island Record paddle in May 2007, and thought the Isle of Man would be the ideal journey. Despite the challenging sea conditions, he will be beginning his circumnavigation today... More news as this unfolds.