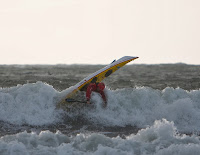 A few pics Mike Quayle took of this morning's Sea Kayak Training session for the Adventure Club at Gansey Beach, on the South Coast of the Isle of Man. 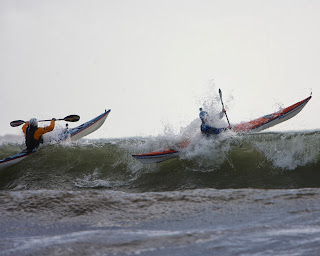 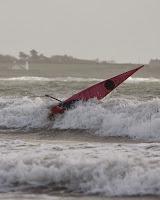 Once we had warmed up, the group (including Mike) distributed themselves throughout the surf zone... and in the absence of any more sharp images, we've allowed the following to illustrate the activity : )

Some interesting strategies for getting 'out the back' including the never seen before holding the nose with one hand, and letting the kayak will ride itself out through the sets... : )

I think performance of the day goes to Charlie, who's fairly new to the Adventure Club, and was styling this morning, in the big stuff!! Coach Moon a close second : )

Some different learning styles were observed, from getting stuck into the meaty stuff, to observing from the shore...and a lots of smiles and excitement from everyone!!! 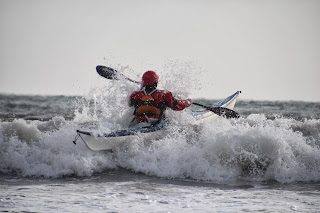 and it wasn't all sea kayaks out on the Club session...

Great to get amongst the white stuff and feel the power, plenty of opportunity for more during this coming week I believe : )
K